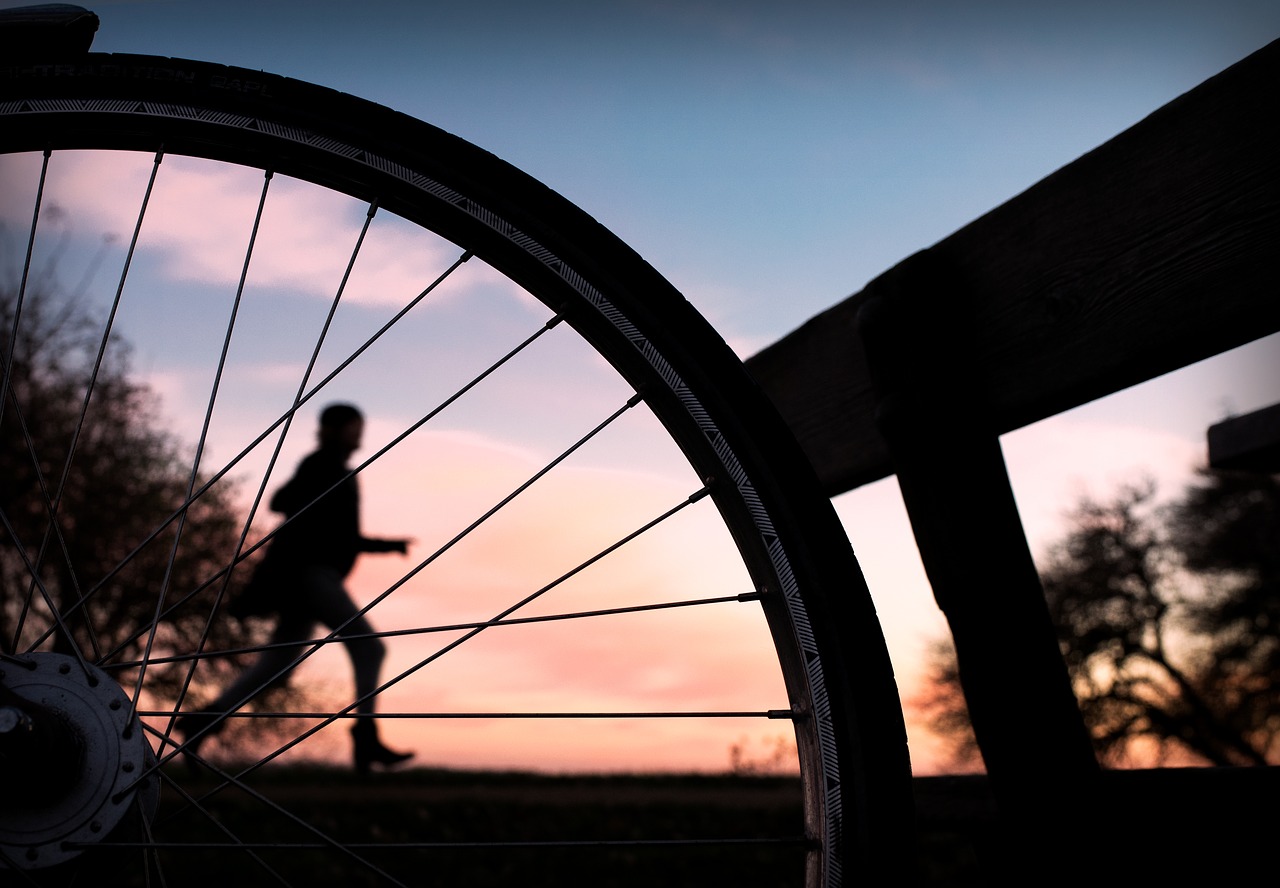 Yoga for Runners and Cyclists: How Running and Yoga Really Work Together

Folks had told me for years to do yoga and I was guilty of thinking it looked silly and wasn’t a real workout. After all, time is precious and I needed to use every available minute to burn calories and build muscle. With six full marathons, 49 half marathons, 10 duathlons and a variety of other distance races under my belt, the thought of taking a precious hour out of my schedule to “stretch” seemed like a waste. I needed to train. I needed to run. When I finally found yoga at age 38, it was something I was willing to try because I simply couldn’t get the same mental release I once did with running. And, as much as I didn’t want to admit it, my body simply wasn’t bouncing back from those long runs, or the speed-work, like it used to. When I began to learn more about yoga and saw how it made a difference not only for my body, but my mind, I was immediately hooked. I am still a runner today — a much happier, less sore, non-injured runner — because I became a yogi. And I believe so much in yoga as a good complement to running that I became a yoga teacher to spread the word.

The word yoga comes from Sanskrit, an ancient Indian language. It is a derivation of the word yuj, which means yoking. In contemporary practice, this is often interpreted as meaning union. Yoga is said to be for the purpose of uniting of the mind, body and breath. As a runner, you can probably appreciate the importance of uniting the mind, body and breath. These three elements comprise your running ability and performance. When one of them is out of whack, it’s hard to have a good run.

One of the key reasons many runners try yoga is to work on flexibility and soothe those tight areas. It is important to note that stiffness in some areas, such as the hips and core, is critical for the transfer of energy to the ground as we pound on the pavement or trail. However, too much stiffness in your hips, for example, may shorten your stride. Tightness in a certain muscle, such as your calf, may alter your stride and result in a chain reaction of compensating motion with your hips, knees, foot or back. Finding the right balance of flexibility and tightness is key to keeping runners injury-free and yoga can help achieve this goal.

In addition to developing greater flexibility, there are many other benefits runners will recognize with a dedicated yoga practice. For example, science proves that yoga can counteract the deterioration of the discs that lie between the vertebrae. Interestingly enough, the disks of adults have no blood supply of their own. Rather, they rely on nearby vessels to nourish them. As we age, the already limited supply of blood diminishes still further and the disks gradually dry out and become thinner (that is why we shrink). However, flexing the spine results in more nutrients to diffuse into the disks. Runners can appreciate the importance of a healthy spine.

And what about releasing all those toxins? Yoga teachers are constantly talking about rinsing out our toxins! Don’t you do that on your run? Yes, but not in the manner you may think. Seventy percent of toxins are released through breath, while only 2 percent are released through sweat. Yoga also increases gamma-amino butyric acid (GABA), the neurotransmitter that is key to feeling happy.

Another key benefit of yoga is improving our balance and creating greater body awareness. I have been able to identify the root cause of many old injuries as well as understand current areas of imbalance in my body through yoga. For example, by paying attention to how my body responded and what form it took in certain poses, I was able to identity that one hip was higher than the other, which explained a list of past injuries and ailments. Further, my running form has improved. Through yoga I learned that my hamstring and quad strength were not symmetrical, probably because of my tendency to push forward a bit in all those long runs, resulting in over-developed quads and weaker hamstrings. Targeted poses now have resulted in more symmetry in my body, and better running form!  Yoga can be a very effective modality for strengthening one muscle, while stretching the opposing one.

If you are interested in giving yoga a try, consider taking a yin or deep stretch class. Such formats focus on repairing connective tissues and elongating muscles. Although flow and power classes also are a fun offering and should be added to the mix if your schedule allows, if your goal is to get help your body recover from your runs and continue to build better balance, body symmetry and flexibility, the deeper stretch classes will likely help you best reach your goals in a quicker timeframe. But, even though these practices are slower, don’t let that fool you into thinking that they are easy! If your goal is to find that deep stretch and repair, poses should be held for longer durations of time. Poses held for longer than 30 seconds, and even as long as three to five minutes in some yin classes, allow you to stretch the muscles as well as the fascia that surrounds and shoots through the muscles. These tissues doesn’t respond to stresses in a short time-span. Find your first edge and then settle in, don’t go deeper. Allow your muscles to relax and feel them melt around your bones, remain still and hold the pose. This connective tissue can be elastic, but it can also stick to itself like a wad of plastic wrap.

One of phrases I repeat over and over again when I teach is “to use a pose to get into your body, not your body to get into a pose.” Keep that in mind as you begin to practice. Your body may look totally different than the person next to you and the teacher based on so many factors. Every yoga pose is good for somebody, and bad for somebody. Your anatomy and history are unique.

Chances are your mind is going to give up on a pose before your body will. If you are used to motion, sitting in a pose and being left with your thoughts can be tough. But, with practice, your body and mind will grow and find a balance. Your body and your mind should move together, not combat each other. Bring awareness to your breath, which many include sending breath to a particular part of the body. Be careful not to dive too deeply into a pose, holding it with desperate resolve. Instead, use preparatory movements as a way to explore it, and then hold a version that is challenging, yet safe. Also check in with your emotions and notice what is rising but don’t judge or criticize yourself for those feelings. Remember that the goal is to create ease in the body, not greater tension. Change the posture for the breath, not the other way around.

As a final thought, consider an old yogi saying: If you listen to the body whisper, you don’t have to hear it scream. Yoga can help you create greater body awareness, alleviate imbalance, and maybe even improve your running performance or at least make it more enjoyable.